These Dormant Structures Were Converted Into The Coolest Places In The World!

Each one of us has been a part of the ‘Best out of Waste’ workshop at least once in our life. But ever did we come up with at least one badass idea to convert trash into some kinda masterpiece ?

I guess never!  We are never really upto something. The ideas that we ever come up with are largely taken from Google!

Following are some of the bomb ass conversions of the once left dormant structures/places and how they were brought back to life using innovative aesthetics and stunning makeovers. This is some real epic shit that will make you detest cliché conversions hence forth! 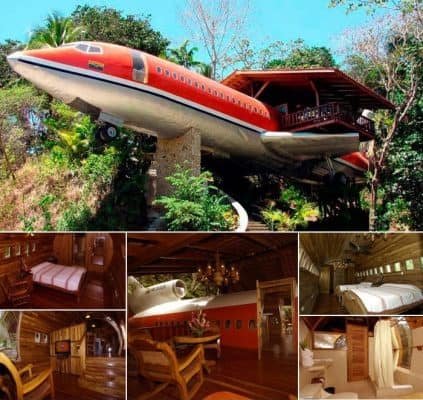 What it was: An Airplane

What it is now: A Suite

John Denver wouldn’t have been so homesick in Leaving on a jet plane had he been on boeing 727 house situated in Costa Rica. A former South African airplane which is now a beautifully refurbished suite at the Costa Verde resort.

Perched at the edge of the jungle, it offers you a private, high-flying accommodation overlooking the lush green rain forest and the Atlantic ocean. That means ample of quality time with your better half with absolutely no need of hanging that lame ass DND tag outside the door! Did that just give you butterflies in your tummy? I am sure it did.

The interiors are so beautifully adorned with finest hand carved teak wood that for a second you would totally forget that you are staying in an airplane which was once left dormant. The resort  also boasts of having two bedrooms, two bathrooms, which include a kitchenette, dining room and a terrace on each wing with a spectacular view of the sea. 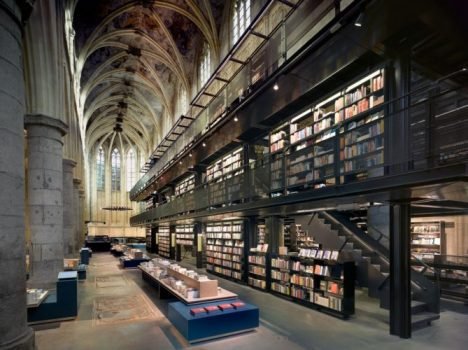 What it was: A Dominican Church

What it is now: A Bookstore

Ever imagined a church with thousands of sacred books and not just one? Well, there exists a bookstore like this which offers you a craziest range of books. Formerly, a Dominican church which was believed to be invaded and then left dormant by Napoleon Bonaparte and subsequently served as a warehouse for bikes for the next two centuries.

Despite having a very inglorious past this church gained popularity only after two angel-like architects Merkx & Girod decided to have its back and converted it into an enthralling space.

This reincarnation deserves big ups for the way its black steel shelves have been placed in contrast with the gothic church architecture and its Sistine Chapel like fresco paintings intact. An added bonus for hardcore bibliophiles is that they can sip coffee while reading these books, for it has that provision. 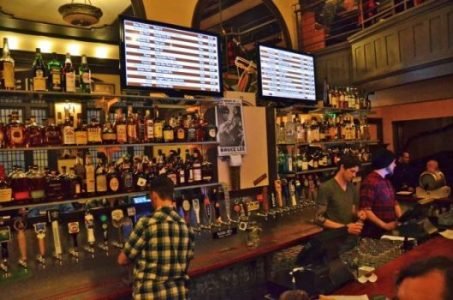 What it was: A Mortuary

What it is now: A Beer Bar

The Pine Box Beer Bar in Seattle served as a lounge for afterlife before it became a charming little place for Beer lovers.— A mortuary purpose which was build to handle dead bodies.

Apparently, it was reported that Bruce Lee’s Funeral was also conducted in this mortuary which makes it all the more iconic. There is no doubt that the beer brains behind the modification of this place deserve an applaud.

They have stocked the place with an amazing range of beer and a pretty solid range of house cocktails as well. Also, you never know, if you happen to visit this bar ever then you might just end up having a drunk talk with Bruce Lee’s spirit! How exciting would that be! 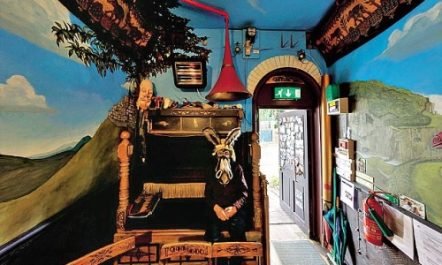 What it was: A Victorian loo

What it is now: A Theatre

Perks of watching a movie in a toilet— No Intermission

Modified from an old victorian lavatory, the theatre of small convenience was featured in the Guinness book of world records in the year 2002 for it is said to be the tiniest theatre in the whole world.

I know, you might think twice before exploring this place but ironic to its past the interiors are quaint and ornate with hand made paintings on the walls.The entrance gives you the feeling of stepping into some mysterious witch’s house.

But overall the place has its charm because of the performances it experiences in the field of drama puppetry, storytelling, poetry etc. Be assured for the whimsical shows conducted inside the theatre that will make you laugh your ass off and you’ll exit from here smiling ear to ear. What it was: St. John Baptist the Church

What it is now: A Brewpub

Formerly, a Roman catholic church, it was converted into a perfect hideout for brewdogs.  It was functional as a church until 1993 and was deconsecrated in the year 1996 after lying dormant for a few years.

The church was built with large stained glass windows that are still intact and very much a part of the brewery itself. The interior of the place is largely the same except the furniture that is being replaced.

The place has a kickass menu and all sorts of exotic eateries and beers. In fact, its one of the hep places in Pittsburgh and also one of the finest breweries in town. 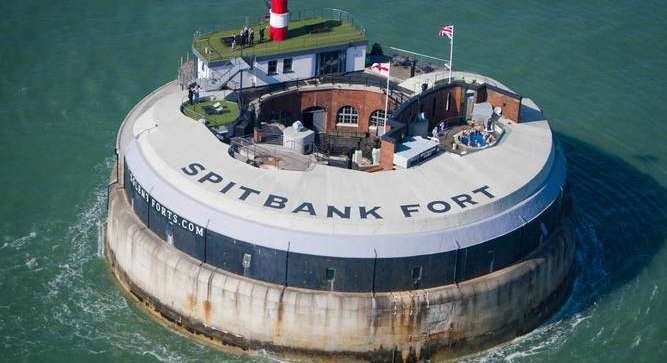 What it was: A Sea Fort

What it is now: A luxurious Hotel

Crave a sea life? Well, this modified sea fort has to be the ultimate in unique but brilliant places to spend a long weekend with your lovebird or your friends.

Built back in the 18th century by Britishers to defend their nation’s water from Napoleon III navy. The fort faced dormancy for over a century and in 2010 it was used for a far more peaceful purpose.

This dormant structure was converted into a luxurious hotel with refurbished rooftop hot tub, viewing deck, fire pit and eight enormous rooms with king sized beds. So, any plans to celebrate your next birthday here or shall I go on about how amazing this place is? 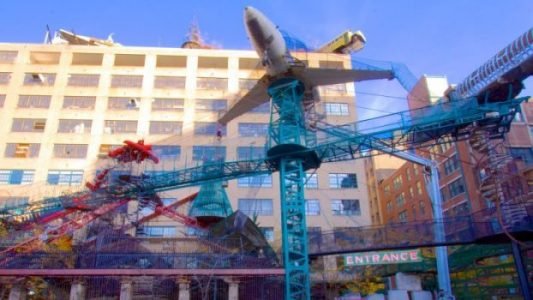 What it was: A 10 story shoe factory

What it is now: An adult’s play park

If you are looking for places to be a kid again then this one surely tops that list! A 10 story shoe factory which was left dormant was converted into a play park for adults. The crazy brain behind this idea was of a renowned Sculptor Bob Cassilly who built this really cool place and named it St. Louis City Museum.

Worry not, unlike any other museum you get to touch the artworks here! In fact every single piece of artwork here is a prop for you to play with. It includes giant ball pits, a Ferris wheel on the roof, an outdoor jungle gym with old airplanes, an aquarium, an underground cave system, an old-fashioned arcade and multiple bars.

Oh, and did we mention that the rooftop also features a repurposed school bus that juts out from the roof? All this will totally unleash that cray cray kid in you. 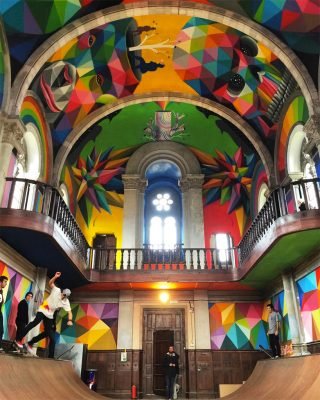 What it was:A church

What it is now: A skate park

This place is a perfect example of finding God in what you love the most. A group of skaters transformed this 100 year old church into a skate park when they stumbled upon its potential to be converted into a place for what they like to worship the most.

It was then renovated and a huge half pipe was installed in the centre of the church where the skaters ride from one end to another. Many sponsors contributed in its making.

Okuda San Miguel—a street artist from Madrid gave the biggest contribution i.e. ART. The mind boggling and pop culture inspired graffiti on the walls of the skatepark is just a cherry on top.