For all the ‘smart travelers’ out there, India gets its first pod hotel! 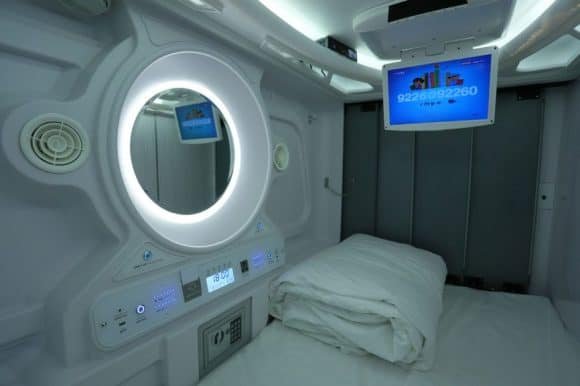 All alert! The answer to the city’s really really cramped up space issue, a company called Urbanpod has launched India’s first pod hotel in aamchi Mumbai.

“What exactly is a pod hotel?” you ask. Well, a pod hotel is a hotel consisting of multiple capsules like rooms a.k.a. pods. Initially developed in Japan, this concept of pod hotels has gained major popularity in various Asian countries like Japan, China and Singapore.

These pod hotels are extremely convenient, don’t take up much space and are really easy on the pocket. Initially meant for only business travellers, its prices are catching the eye of budget travellers and backpackers as well. The creation of Shalabh Mittal and Hiren Gandhi, Urbanpod was inspired by their capsule hotel experiences in Singapore. The hotel consisting of a total of 140 pods was set up in Andheri. The location itself made the hotel catnip for business travellers.

The hotel was designed by a famous architecture firm from Singapore called Formwerkz. They’re made especially for smart travellers looking to get a ‘contemporary minimalistic’ experience. 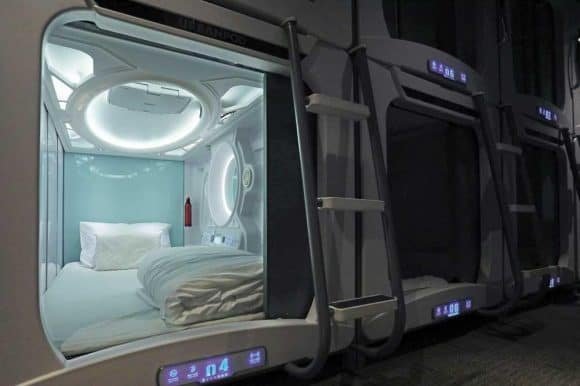 Worried about being crammed up all alone in a pod? Well, the hotel also provides an option of the ‘suite pod’ that can accommodate two people. For all the single ladies out there, travelling solo or with their girlfriends, the hotel also offers a ‘ladies only’ range of pods. The hotel has multiple facilities including a business centre and a common lounge in the hotel where you can ‘chill out’ in case you want a break from your pod. The lounge doubles as a cafeteria as well.

Fancy a midnight snack in your pod? The 24-hour pod service delivers the food straight to your pod in case you don’t want to step out. Apart from that, the hotel also provides laundry services at an affordable price. Pretty simple from the outside, these pods are anything but ordinary. They’re designed exceptionally well and look quite futuristic. These cool pods are easy on the pocket too, as mentioned earlier. The price range begins from around Rs.1800 to Rs.3200.

This is one confinement you might just enjoy! Smart-travels!