The 1997 movie Titanic still resonates tragedy yet the luxury of the ship that sunk. While the movie was a fictionalized account of a real life tragedy that happened in 1912, at least once the audience must have harboured a desire to cruise on such a lavish vessel. What if we told you, now you can? You just need to wait for the Titanic II all set to sail.

Oh yes, thanks to the brainchild of Australian business tycoon Clive Palmer, the Titanic will be out in the ocean. He is making an eerie copy of the ship that sunk, and which was initially set to sail out on its 100th anniversary, will now meet its deadline in 2018. Clive is the owner of the British shipping company Blue Star Line.

An exact replica named the Titanic II will be well-equipped with modern evacuation techniques, safer technologies and also retain some of the retro features. It will have everything strikingly similar to the old nine-deck ship.

From the size dimensions to passenger categories, everything has been kept in mind. It will be about 4 meters wider than the original but the length and height will be same. It is said to have a capacity of about 2400 passengers with 900 crew members. This time there will be a life jacket for everyone on the ship, unlike the 1912 incident. While it is going to be a nostalgic ride with replicas of original houseboats within it will also have modern amenities like a swimming pool, turkish baths and a gymnasium. With modern safety standards ensured, it will have a welded hull. Maintaining the standards of the original luxury ride, the tickets too would be sold in first, second and third class.

The marketing director of Palmer informed of having modern evacuation procedures, satellite controls, digital navigation and radar systems and all those things one would expect on a 21st century ship. 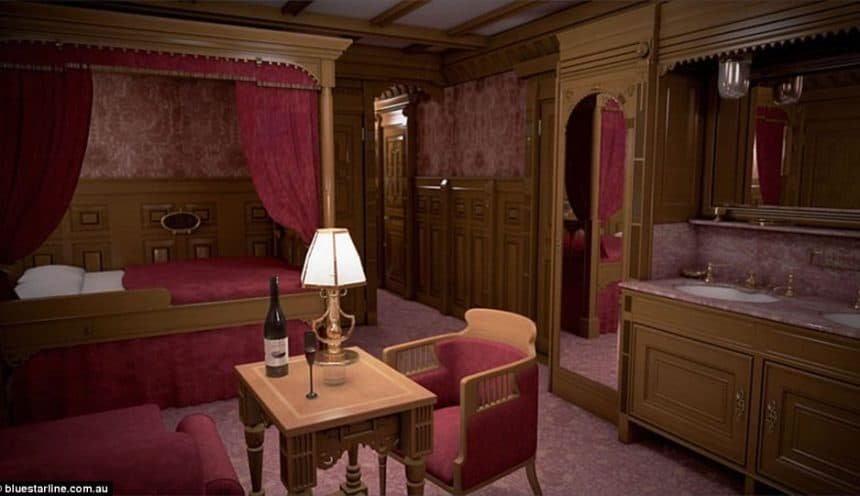 Palmer was very ambitious and wanted to launch it in 2012 but a recreation like this is of course demanding. So hopefully the vessel will set out to roll in 2018. The ship is currently being constructed in a shipyard in China.

For those who have visited or been on a journey by a cruise before, Titanic II will cater to all the raised expectations. The ship will undergo all the necessary safety steps just to be sure that they live up to the public announcement of being the unsinkable.

Undoubtedly the voyage will be costly since Palmer has put in about £300 million in its making. The maiden route of this voyage will however be from Jiangsu in China to Dubai.

The epic of a ride into the Atlantic ocean is going to be unlike any other liner vessel journey. So a rather adventurous water venture awaits you in 2018. Start saving up folks!

Also if sailing is something that fascinates you, you may also want to be a part of the collective yatch party that’s happening in Croatia soon.